How does a TennisLosAngeles Doubles Season / League run?

For the players who don't have a teammate for the season we have a Doubles Partner Matching Service. All the players who sign up for the service will be connected with a teammate that is most suitable to your request and playing region. If we don't have a suitable partner for you than we'll hope within the first week of the season one will sign up or we'll refund your payment.

The start day of the season, all the teams are sent a kickoff email that contains important information about the league, the link where your league standings and other team contact information is. We guarantee 6 teams at your around your teams level, but have been averaging closer to 10+ teams in most cities. The number of different levels we run is solely based upon the number of teams enrolled for the league kickoff. Typically we are trying to run a Lev A Doubles 3.5-4.0+, Lev B Doubles 2.5-3.5, Lev A Mixed Doubles 3.5-4.0+, Lev B Mixed Doubles 2.5-3.5: in most cities.

After this kickoff email is sent, it is the captain's task to communicate with other captains. Captains should work with their partners and the other captains to find an agreeable time and location to play the match. While TennisLosAngeles doesn't mandate your playing schedule, it is recommended that teams schedule at least one match per week. We allow teams to play 1 rematch per season. The regular season is all about playing as much as you can.

For anyone tired of the innaccurate ratings of park players who simply guess at their self rating(and always guess WAY too high), your rating in TLN is based on objective peformance in match play!!! 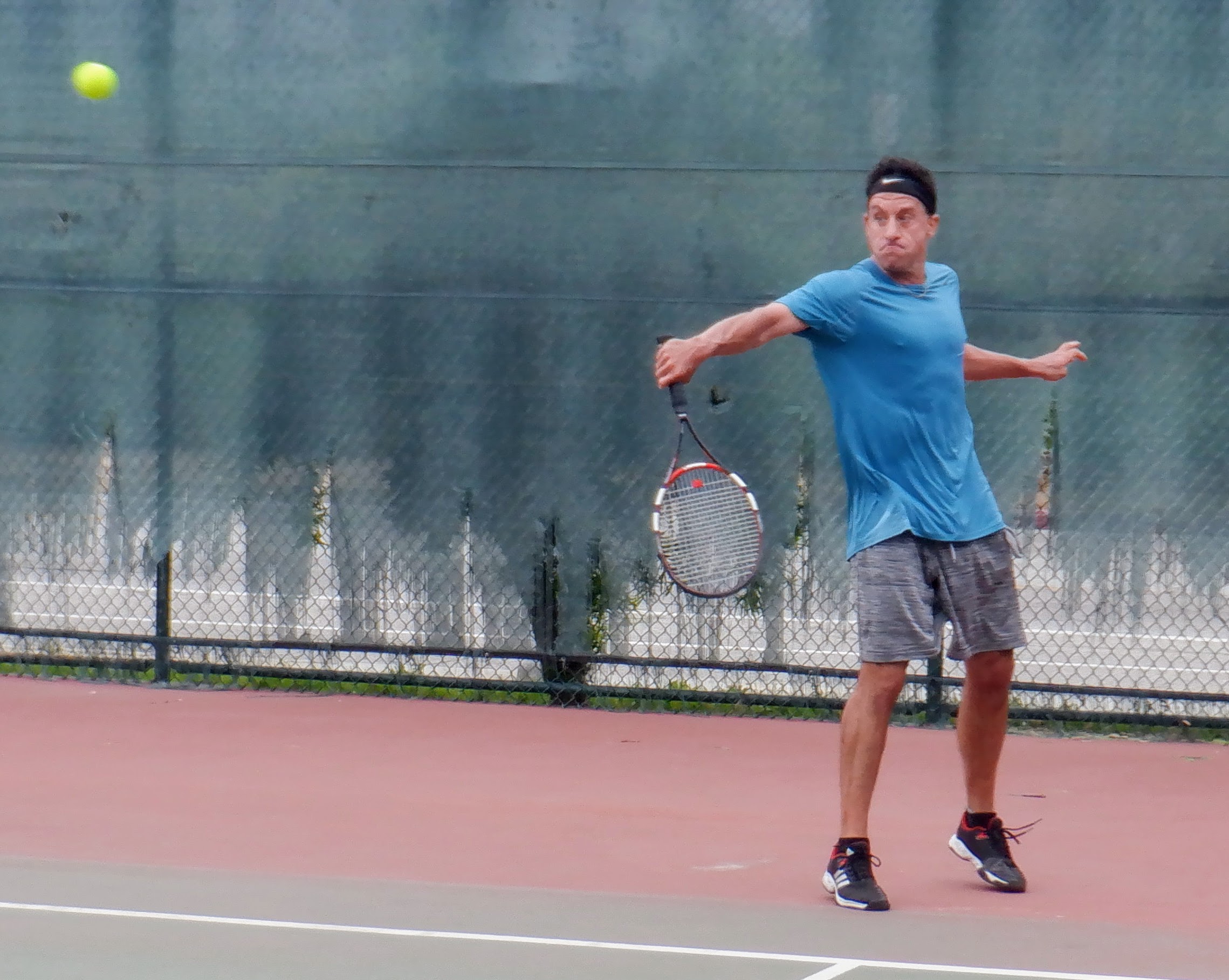 Play at your local free tennis courts, tennis parks, condo courts or tennis clubs. The league strongly suggests that players jointly try to pick a tennis court location convenient to both. We provide an extensive list of tennis courts, including # of courts, lighting, hitting walls, etc. We strive to keep this list up-to-date.

TennisLosAngeles sets up a must play dates to push players out on the courts. The final deadline is the date marking the end of the season, at which point players with 3-4 (Actually total is specified on the division page) wins will qualify for a post-season playoff to determine the league champion.

Full price is $29.95 for team enrollment or $19.95 for the doubles partner matching to play in a season. Just go to the Join Page and complete the short form. We'd be happy to find you dedicated tennis playing partners.